What is a Hookah Pen?

A Hookah pen is a device similar to an electronic cigarette. It uses a heating element to vaporize a liquid flavoring that is then inhaled. The Hookah pen has the same basic components as an electronic cigarette which consist of a cartridge, an atomizer (heating element), and a battery. The cartridge holds the liquid flavoring (e-liquid) and is also the mouthpiece where the vapor is inhaled from. When the battery is turned on (usually a lithium ion battery) it turns on the heating element which heats up the liquid, turning it into vapor.

The Hookah pen is commonly referred to as a Shisha pen, or E Shisha (electronic Shisha). As well as the components it shares with an electronic cigarette, the Hookah pen is equipped with an LED light function that indicates when the Hookah pen is on and when a puff is taken. A microprocessor is in control of the LED indicator and the heating element. 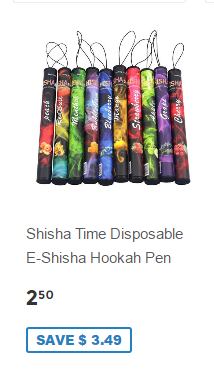 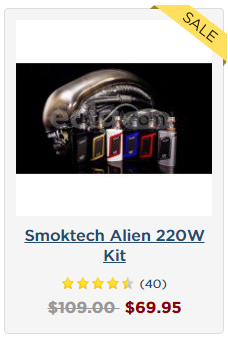 Many people hear the words Hookah or Shisha pen and associate it with the popularized Hookah pipe. A hookah pipe is a uniquely designed water pipe that is used to smoke various blends of tobacco. This is done by the combustion of dry, hookah tobacco. There is no combustion with a Hookah/Shisha pen because the liquid flavoring is being only being heated, there is no substances being burned like there are when you smoke Hookah.

●Disposable Hookah/Shisha pens are designed for easy use without having to take the pen apart. The pens are portable and can be used anywhere that smoking is allowed. Prepackaged with different flavors, disposable Hookah pens typically offer between 250 and 500 puffs. The number of puffs can increase depending on the brand. A puff is measured by a one second drag from the hookah pen. Once the portable Hookah is used up, it can be disposed of without any problem.

●Rechargeable and refillable Hookah pens are made to come apart so that the cartridge can be refilled with the e-liquid when there is no more. The heating coil inside of the atomizer can be replaced too, as they do not tend to last very long. Rechargeable and refillable Hookah/Shisha pens can last for a long time with the proper care. Charging your Hookah pen can vary depending on the brand of your device. There will be instructions with your purchase to describe how to properly take it apart and how to charge it.

●Starter kits are made for your convenience when it comes to just learning to smoke Hookah or for maintaining your Hookah/Shisha pen. Most starter kits include a clearomizer (a transparent cartridge for the flavoring liquid), extra battery, a charger, and sometimes a bottle of e liquid. Various brands will include less or more of the different materials needed for a Hookah pen.

The inexpensive cost of a disposable Hookah/Shisha pen makes it a popular choice among consumers. They can cost anywhere around $5 USD to around $20 USD.

If you are in the market for a rechargeable and refillable Hookah pen, expect to pay anywhere between $15 USD and $30 USD.

Starter kits can cost anywhere around $25 USD and $70 USD depending on the brand and what is all included in the purchase.

Most Popular Brands of Hookah Pens

There are many different brands of Hookah/Shisha pens being sold on the market. The most popular brands include: 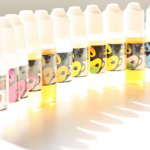 Can You Buy a Hookah Pen on Amazon?

Hookah pens are not able to be bought directly through the Amazon website. However, you can directly purchase accessories such as traveling cases and lanyard carrying cases. You can also purchase various E Shisha flavors on the website as well.

To purchase a Hookah pen it is best to find a distributor through a quick Google search, or go to a local tobacco shop or supermarket that sells them.

Are Hookah Pens Bad for You?

When it comes to smoking Hookahs, Hookah pens are less harmful than smoking cigarettes which involves burning and combustion. However, this does not mean that it is overall a healthy choice. Some Hookah pens or flavoring liquids can contain nicotine. Nicotine is an addictive substance that is known to contain thousands of harmful toxins and chemicals. The liquid flavorings that do in fact contain nicotine offer various amounts of it ranging from 6 mg to 18 mg. If you are looking for an alternative to smoking cigarettes, smoking Hookah/Shisha pens that contain nicotine is not going to help you stop quitting if that is the goal when smoking Hookah.

As well as possibly containing nicotine, flavoring liquid has other compounds in it. Propylene glycol, vegetable glycerin, distilled water, and flavoring (the flavoring is mostly made from dry herbs).

Propylene glycol is a common ingredient in many products and has been certified as safe by the FDA, it has a very low toxicity level. The only issue is that it can be an irritant to some people.

Vegetable glycerin is also a common ingredient in many products from food to cosmetics. It is also verified safe by the FDA and the only downfall is if you happen to have an allergy to it.

Overall, the long term effects of smoking Hookah are not known. As mentioned above, it is safer than smoking cigarettes. However, there are always risks of obtaining a viral respiratory infection as there is with any substance that is being inhaled. 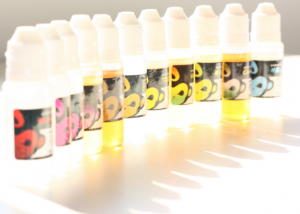 – Rechargeable Hookah/Shisha pens come equipped with a charger, either a wall charger or a USB charger.

– E Shisha liquid, or flavoring liquid, that can be used to refill a Hookah/Shisha pen.

– Replacement coils for the heating element.